What a weird situation. They think we're having an ectopic pregnancy, even though that only happens for 1% of IVF cases.

We finally had our u/s on Tues and they couldn't find anything even though our HCG kept going up. Our doctor was genuinely surprised and disappointed, but I also don't think he was fully aware of how much I had been bleeding the last couple of weeks.

I have to get a methotrexate shot tomorrow. This will be my 3rd. We've had a total of 5 miscarriages at the pre-week 6 mark. I'm afraid to even tell my parents about this one. What I really don't want to hear from people is that maybe my body isn't meant to be pregnant. That's what all of this would indicate, right?

Except with each step we feel like we get closer to unraveling this mystery. I'd say that if everything worked with this IVF cycle except that it somehow traveled up to my tubes, then it's bound to be right next time, right?? Or in the next couple of times?

They said we'd be at transfer stage again 6-10 weeks from now depending on when my period comes, etc. (Can't imagine a period again after 3 weeks of bleeding!!!).

Anyway, since I have a little window of 'freedom', I'm trying to get down to FL in the winter to visit my cousin. I think that'll do me some good. Let's see if I can get decent airfare now!

Thanks for all your support. Overall, I'm doing very well emotionally. There's so little we have control over and I really just want to be at peace. That, and I had a little chat with my mom after last weekend's disappointment with her, and it went really well - I feel the love!
Posted by myinfertilitywoes at 6:20 PM 5 comments:

The last 2 weeks have almost been harder than the traditional 2WW. It's been the second 2WW - the post-postive pre-heartbeat stage. And it's been really, really hard.

Testing positive with low numbers isn't reassuring and bleeding, at times heavily, for about a week isn't either.

We've essentially been going through that yo-yo. The center says our levels are rising appropriately, but they aren't doubling. They say they look for at least a 66% rise. Well, guess what ours has been? Yes - 66%.

And of course, the last 2 calls I've had with her (one just now) have stressed me out - she's just negative in general, was starting to say that maybe the reason we've had so much trouble is because my work is stressful... oh yes, just what I love to hear - it's my fault we've had problems. Sure, quit my job and I'm sure I'd get pregnant right away! That's exactly how it works! Oh yeah, and the other time I had a miscarriage because she said I walked too much - yeah, I'm sure that's exactly  the reason we miscarried... Yeah, and she wonders why I don't call more??? Hmmm, seems to make sense to me.

Grrrr. I wish I could just not call, for even six months or whenever we're done with IVF, and have it be ok then.

In the meantime, we have an ultrasound appt on Tues. Wish us luck. I'm worried mostly because of the bleeding... I just either want this to work or have us move onto another cycle.
Posted by myinfertilitywoes at 4:24 PM 3 comments: 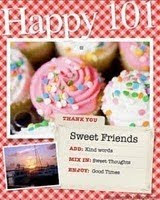